Lillian Gish appeared in more than 100 movies, but one stands out as a dangerous, racist movie that inspired the spread of the Ku Klux Klan – The Birth of a Nation. And she never seemed to get what the problem was. So “the trustees of a student union in Ohio have voted unanimously to remove the name of Gish and her sister Dorothy from a university cinema” – with an explanatory display explaining the reasons for the change. – The Guardian (UK) 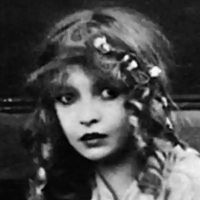