“While not well known outside continental Europe, Elsner was a major star in Germany, one of the country’s most famous actors and a regular in both film and television. She was also one of the last great originals, a larger-than-life personality who seemed fearless in her choice of roles and in her intense acting style.” – The Hollywood Reporter 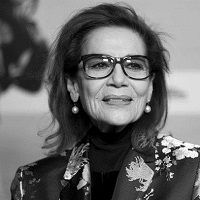