“After years of buildup, a debate about the nature of humor that verged on the metaphysical and the specter of a trial featuring testimony from Patton Oswalt and Andy Richter, Conan O’Brien settled a lawsuit against him Thursday, ending a standoff with a freelance comedy writer who had accused the late-night host of stealing jokes.” (O’Brien announced the settlement in an op-ed published in Variety.) – The New York Times 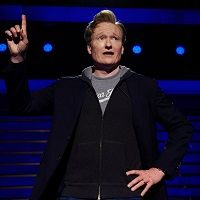