One Second, set during the Cultural Revolution, is said by people who’ve seen it to be Zhang’s best movie in years and a sure bet to take a prize in Berlin or Cannes. Yet, even though the completed film was approved by the censors of China’s national film board, officials have blocked it from being shown at festivals — because, say insiders, the government doesn’t want international attention drawn to the subject matter. – The Hollywood Reporter 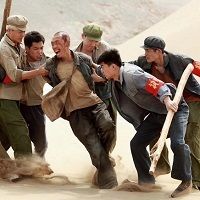