The streaming series, a spinoff of the old broadcast series The Good Wife, is known for its satirical Schoolhouse Rock-style cartoons called Good Fight Shorts. Last week, in place of the Short, the audience saw 8½ seconds of a placard that said “CBS HAS CENSORED THIS CONTENT.” Many viewers figured it was satire. It wasn’t. Emily Nussbaum reports on what went down at CBS. – The New Yorker 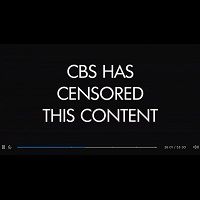