“[She] first gained acclaim in the 1970s, when she appeared in New York nightclubs as a bluesy singer with a powerful voice and presence. She dropped out of show business for a decade before returning to the stage in the 1990s, using elements from her personal life — her size, her experience of sexual assault and depression — to heighten the emotional intensity of her performances, which were often so intimate that they seemed to be exercises in group therapy.” – The Washington Post 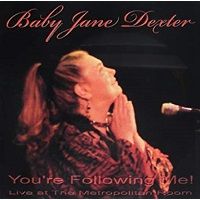