“Given the gravity of recent events,” said the CEO of the ITV network in a statement, “we have decided to end production of The Jeremy Kyle Show.” The grave recent event was the death of a 63-year-old man a week after he failed an on-camera lie detector test while claiming that he had not cheated on his girlfriend. – The New York Times 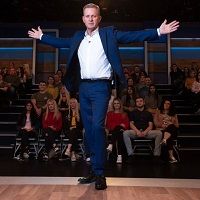