The maximum amount granted for a project has been slashed from $15 million to $250,000, which is a blow to the largest arts projects in the two metropolises, and the government says explicitly that it wants to spread funding to underrecognized artists and underserved regions of Brazil. (Some 90% of federal arts funding has been going to São Paul and Rio.) On the other hand, the arts communities of those two cities campaigned furiously against the election of President Bolsonaro, and many wonder if this is payback. – The Rio Times 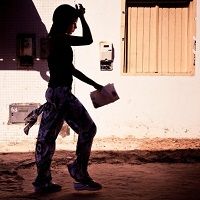