“One of the first high-profile Kenyans to openly declare he was gay, … he won the Caine Prize for African writing in 2002 and was best known around the world for his satirical essay ‘How to Write About Africa.’ Wainaina was also named among Time magazine’s 100 most influential people in 2014 for his gay rights activism.” – BBC 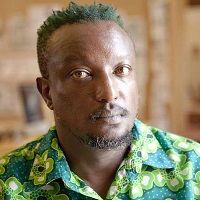