“Esteban Montejo was over 100 before the world knew his story. Born a slave in Cuba in 1860, he escaped and lived for years in the jungle until slavery was abolished on the island in 1886. He fought in Cuba’s war for independence from Spain and lived through Castro’s communist revolution.” Composer Hans Werner Henze read a book about Montejo’s life and went to visit him, and the result was Henze’s “recital for four musicians,” El Cimarrón — which soprano Julia Bullock programmed as the finale of her residency at the Metropolitan Museum of Art. Zachary Woolfe talks with Bullock, bass-baritone Davóne Tines, and director Zack Winokur about presenting and performing the piece. – The New York Times 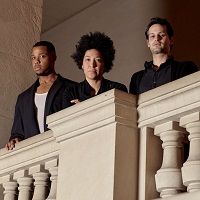