“Four years ago, the news that the Oregon Shakespeare Festival had commissioned modern English ‘translations’ of all of Shakespeare’s plays drew headlines, and no small alarm, from purists who saw it as a kind of literary vandalism. Now, the public will have a chance to judge the full fruits of the effort for itself” as all 39 scripts get public readings in June in New York. Jennifer Schuessler looks into the progress of the project and the guidelines the commissioned playwrights followed. – The New York Times 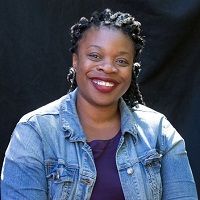