Krista Vernoff: “It was hard to part ways with [my agent] when the deadline expired for talks between the guild and the agencies. I say ‘part ways’ because I did not fire my agent. Instead, I quoted Lin-Manuel Miranda: ‘See you on the other side of the war.’ In response, my agent did what agents do: he tried to sell me. He tried to sell me on the idea that it is my guild that is being unreasonable here. He tried to sell me on the idea that this action by my guild is damaging and irresponsible to lower and mid level writers. He hit me with the sentence, ‘Your guild didn’t even counter our offer.'” – The Hollywood Reporter 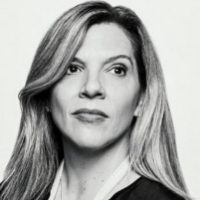