Veach, who founded CDT in 1998, quietly stepped down in October, and he told the press in January that the reason was health-related. In fact, he was accused of “improper behavior” with two underage dance students and was formally charged by police with (and subsequently convicted of) serving alcohol to a minor. – The Columbus Dispatch 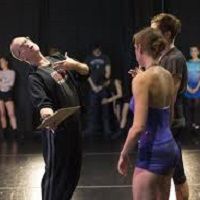