And it will be about messaging. For more than a decade, they didn’t compete: “People bought iPhones, downloaded Facebook and Instagram, and spent large chunks of time on those social networks, while using Apple’s native apps for calling and texting. Facebook made money from the targeted ads in people’s feeds. Apple made money on the hardware, while its software kept users loyal.” – Slate 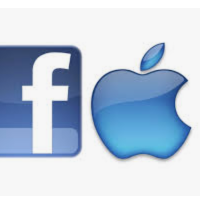