The top name on the list pulled in $290 million more than the runner-up, who in turn grossed just over twice as much as number three. The takeaway? “Franchises make money, and so do adaptations, but if you want to be a literary millionaire, you really have to write a) for children or b) a mystery (or romance) that strikes fear (or lust) in the hearts of the world.” (But isn’t there anyone writing in Chinese, Spanish, or Hindi who’s sold enough books to qualify?) – Literary Hub 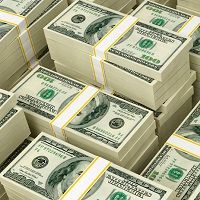