The show, called The Pinks and the Blues, “developed by the activist troupe Merak, triggered intense scrutiny from local authorities who saw it as a dangerous and subversive activity promoting ‘hatred against men and non-traditional family relations.'” The teens in the theatre troupe were also questioned by police. – Global Voices 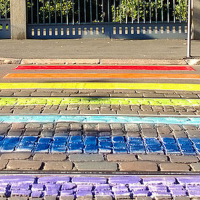