Merwin “was one of the most highly decorated poets in the nation, and very likely the world. He was the United States poet laureate from 2010 to 2011; won two Pulitzer Prizes, a National Book Award and a spate of other honors; and was lauded for his volumes of prose and translations of poetry from a Babel of languages.” – The New York Times 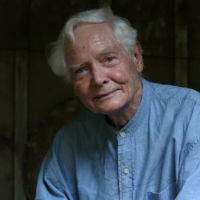