“Arcadian Broad, who has a national following as Orlando Ballet’s best-known dancer, will depart the company next month. The ballet company declined to renew his contract, as well as that of his fiancée, fellow dancer Taylor Sambola.” Said the company’s executive director, “We’re grateful for Arcadian’s talents, and wish him the best as he spreads his wings. Now it’s time to bring new voices, new ideas and ballets with widespread critical acclaim to Central Florida.” – Orlando Sentinel 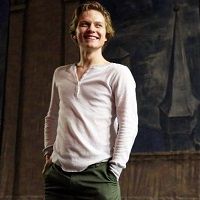