Last fall, the culture ministry of Italy’s new populist government took exception to the Louvre’s plan to assemble an unprecedented number of da Vinci’s paintings for a major quincentennial show this fall. A ministry official accused the Louvre of “[leaving] Italy on the margins of a major cultural event” when “Leonardo is Italian; he only died in France” and cancelled all loans from Italy for the event. But, after a meeting last week, differences have been ironed out and the Louvre show will proceed as planned. – Hyperallergic 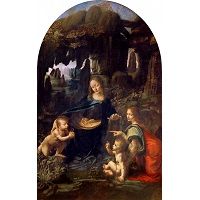