The Sackler family has been giving millions to art institutions for half a century. Now they, and the recipients of their generosity, are coming under heavy pressure from activists protesting the opioid crisis, because the Sacklers own Purdue Pharma, which has made and marketed OxyContin for 23 years. Thing is, many different Sacklers have been donors, and not all of them have had any involvement with OxyContin. Reporter Peggy McGlone looks into the issue. – The Washington Post 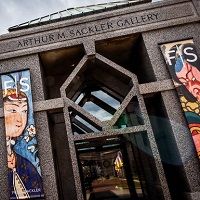