In January, the ever-troubled ballet star caused another stir with some offensive (and incoherent) remarks on Facebook, and he was promptly let go from a guest spot with the Paris Opera Ballet. The Bavarian State Ballet kept him on (despite pushback) to star in Spartacus but asked for an explanation. He said “that he wanted to provoke people to raise awareness about the dangers of obesity.” – Deutsche Welle 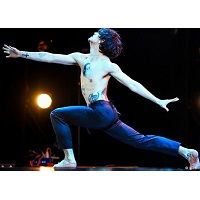