Scott Rudin, lead producer of the Aaron Sorkin adaptation now on Broadway and likely to tour eventually, has been trying to block stagings of the older version, written half a century ago by Christopher Sergel Sr. and still published by his family firm. (One tour of regional Britain was recently cancelled after Rudin threatened to sue.) Christopher Sergel III says this is doing real damage to his business. – Crain’s Chicago Business 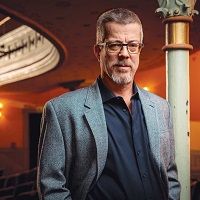