“[Lenny] marched in Selma with Harry Belafonte, he brought black conductors to Tanglewood in the ’50s and in the ’60s integrated the Philharmonic by hiring violinist Sanford Allen. To raise money for civil rights organizations, he also hosted jazz in the afternoon at his house, and when John F. Kennedy was assassinated, he called for André Watts to play Beethoven at the memorial.” Here’s a one-hour audio documentary by WQXR host Terrance McKnight on Bernstein’s activism for racial equaliy. – WQXR (New York City) 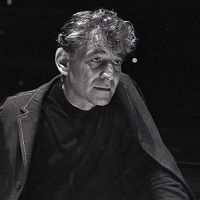