“Bill Henderson, founder of the Pushcart Press and the Pushcart Prize, has teamed up with novelist Jonathan Lethem to start Lethem’s Legends, a series that will reprint selected out-of-print works. The first title in the series, which Lethem will edit, is Bad Guy by Rosalyn Drexler, the visual artist, playwright, and novelist.” – Publishers Weekly 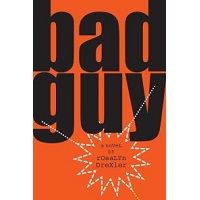