The English conductor, who started out as a wunderkind protégé of Simon Rattle in Birmingham, has a solid career in Europe, but he had a difficult time when he debuted with the big American orchestras in the ’00s. Now 43, he’s in the States leading the Royal Concertgebouw Orchestra on its tour. Can he find success here? Zachary Woolfe talks to Harding, and to such observers as Rattle and Deborah Borda. – The New York Times 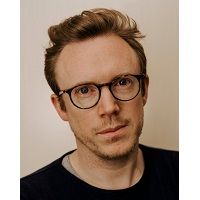