“Ms. Ferreira, who sang in English, French and Spanish as well as in Portuguese, began acting when she was a child and continued performing well into her 90s … Her voice was powerful and protean, capable of making material identified with artists like Édith Piaf and Frank Sinatra entirely her own.” And she made history as Brazil’s first Eliza Doolittle and Dolly Levi. – The New York Times 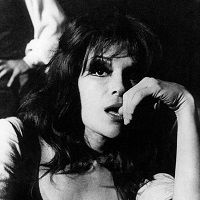