This year, the candy company Mars expanded their reach considerably with a (still pretty limited) one-night-only show in New York starring Michael C. Hall called Skittles Commercial: The Broadway Musical. While proceeds from Sunday’s performance are going to Broadway Cares/Equity Fights AIDS, the production is a commentary on Super Bowl advertising and product placement that is, itself, a feature-length advertisement full of product placement. Even if you didn’t get a ticket, you can listen to the songs (and four minutes of Hall noisily eating candy, if that’s your thing). – Slate 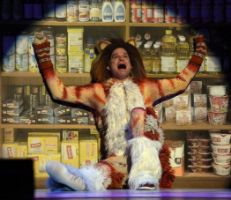