“[UCB], facing substantial financial pressures, announced on Wednesday that it would be closing its East Village location in Manhattan, a month after laying off several staff members. That will leave the comedy theater with three venues: Its struggling flagship in Hell’s Kitchen, which opened last year, and two locations in Los Angeles.” — The New York Times 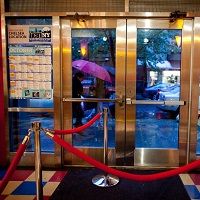