It all started years before, when Eric Idle told Mel Brooks he wanted to do a musical version of The Producers. Brooks rejected the idea — then. When he changed his mind later and made gobs of money, Idle decided he could do the same thing. (Well, that’s how Idle tells it …) — Vulture 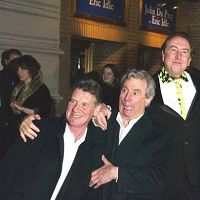