“Lusk’s passing is not just the death of a great animator, but the closing of an era in American animation history. He was the last living Disney animator who had made significant contributions to the original animated features produced by Walt Disney, starting with the company’s very first feature, Snow White and the Seven Dwarfs in 1937. ” – CartoonBrew 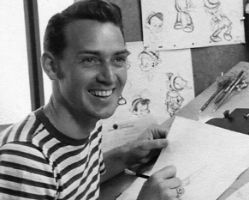