The world’s most expensive artwork was supposed to have been on display at the Louvre Abu Dhabi four months ago, and it’s been more than 100 days since anyone (other than some Saudi royals) has known where it is. What’s more, special prosecutor Robert Mueller is investigating both the buyer of Salvator Mundi (Saudi Crown Prince Muhammad bin Salman) and its seller (Trump-connected oligarch Dmitri Rybolovlev, who made a $300 million profit on the sale). Reporter Zev Shalev connects the dots. — Narativ 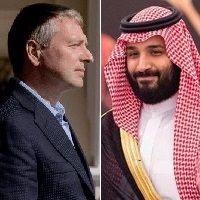