“A 2018 study … revealed that for the top 100 fictional films at the box office every year from 2007 to 2017, only 16 female composers were hired, compared with more than 1,200 men.” And yet, says composer Laura Karpman, a governor of the Motion Picture Academy, “The numbers are bleak, but the landscape isn’t. People are reaching out in a way that I’ve never seen it my whole career.” Reporter Tim Greiving meets a few of the women trying to break this particular glass ceiling. — The New York Times 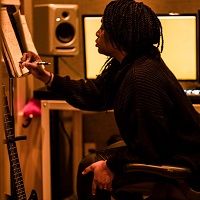