As co-founder of André Deutsch’s publishing house and editor there for five decades, Athill was the shepherd — “nanny” was her preferred term — for books by Philip Roth, Margaret Atwood, John Updike, Jean Rhys, V.S. Naipaul and many others. Late in life, she won acclaim as an author herself, for a series of memoirs, among them the Costa Prize-winning Somewhere Towards the End. — The Guardian 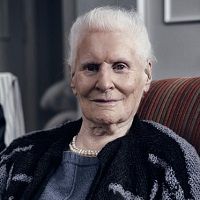