BBC”[Liverpool’s] Everyman became famous in the 1970s for its rep company, which launched the careers of actors like Bill Nighy, Julie Walters, Pete Postlethwaite and Sir Anthony Sher.The theatre was rebuilt at a cost of £27m in 2014, and revived its rep company two years later – decades after the system died out in most venues. … But the Liverpool and Merseyside Theatres Trust, which runs the Everyman and [Liverpool] Playhouse, has now been forced to ditch the idea once more.” — BBC 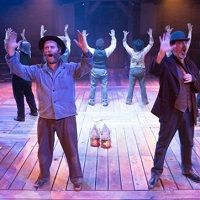