The current group of politically minded critics makes a different point. Greatness is a possibility, but only if you’re not politically benighted. The misogyny and racism of major authors don’t just make for bad politics; they make for bad writing. In parodying the stupid ways in which Updike, Philip Roth, or Ian McEwan describe women, feminist readers are offering a kind of aesthetic education — seeking to shame authors into no longer producing such horrible prose and less politically conscious readers into no longer appreciating it. – Chronicle of Higher Education 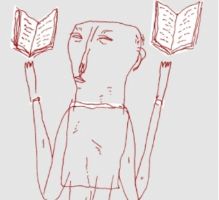