“Anish Kapoor reached an out-of-court settlement yesterday in a dispute with the National Rifle Association over its use of an image of his Chicago sculpture Cloud Gate (2004)” — aka “The Bean” — “in a promotional video. An agreement has been reached to remove the image from the video.” — The Art Newspaper 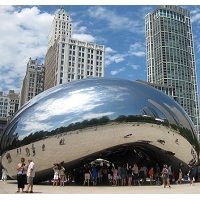