Critics have taken the idea on as a crusade, but there are real differences between big and smaller screens. “The film’s crystalline images (captured with the ultra-high-definition Alexa 65 camera) and elaborate sound design [are] key to the film’s success—and … with those elements diminished by the transition to the smaller screen, Cuarón’s deep-focus shots and leisurely pans might prove more soporific than engrossing.”  – Slate 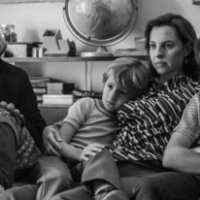