“The director Ryan Coogler’s 2015 film, … was an act of subversion by Coogler and his co-writer Aaron Covington, and an oddly moving act of humility by Sylvester Stallone, who allowed his career-defining character, an avatar of white masculinity, to be transformed into a vehicle of redemption for Creed’s black protagonist — a role traditionally played by black actors [for white protagonists]. … This is how the meaning of the series itself, particularly the first four films, changed: from the story of an indomitable white boxer, to one about the roots of a friendship that created a debt Rocky must repay.” — The Atlantic 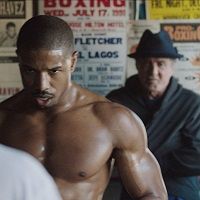