“The idea that our political values might express themselves in how we think about children shouldn’t be surprising to us. In the wake of World War II, philosopher Theodor Adorno collaborated with a group of psychologists at the University of California at Berkeley to trace how early childhood experiences might make people more susceptible to either developing or revering what they described as ‘the authoritarian personality’.” – Los Angeles Review of Books 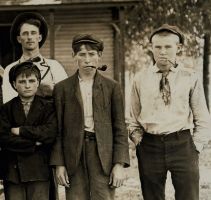