These observers captured the moment when civilization turned from typographic culture—itself a massive break from the largely oral culture that preceded it—to electronic media. They’re the metaphorical physicians who noted the first symptoms of a worsening malaise we’re seeing now. In other words, our internet-and-smartphone-driven age does not represent, as we might think, its own huge shift from the Enlightenment tradition, but rather the most recent stages of a shift that started with disembodied voices and faces streaming out of clunky boxes. – Wired 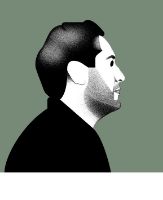