“Director Gregory Mosher said in an interview that his association with the Roundabout Theatre Company revival — which will star Annette Bening and Tracy Letts and begin performances at the American Airlines Theatre on April 4 — ended after the Arthur Miller estate, overseen by his daughter, filmmaker Rebecca Miller, objected to the casting” of black actors as brother and sister Ann and George Deever. — The Washington Post 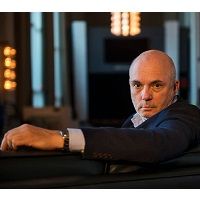