A series of laws passed in California this year raise a new possibility: that individual US states will splinter off into their own versions of the internet. In July, California passed a privacy law, similar to the European Union’s policies, that will give users more control about the data companies collect about them. Governor Jerry Brown followed by signing a net neutrality law in late September meant to replace federal rules banning broadband internet providers from blocking or otherwise discriminating against lawful content, as well as a law that requires bots to identify themselves if they promote sales or try to influence an election. – Wired 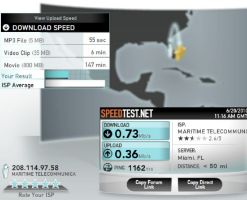