Four months after Gatti was sacked as chief conductor of Amsterdam’s Royal Concertgebouw Orchestra, one of the most prestigious jobs in the entire music world, he has been appointed music director of the Italian capital’s opera house, the Teatro dell’Opera di Roma, effective immediately. Gatti is the first person to hold the music director post since Riccardo Muti resigned in frustration in 2014. — Gramilano (Milan) 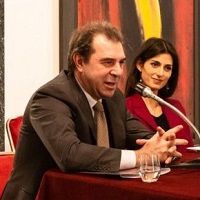