The director of the novel’s 2017 film adaptation, Luca Guadagnino, has said several times that he planned to do a sequel (or perhaps even a franchise along the lines of the Before Sunrise/Before Sunset/Before Midnight series). But the little that the author had said about it wasn’t encouraging. (The novel already includes an epilogue with the two protagonists in middle age.) But a tweet from Aciman this week indicates that he’s changed his mind. — IndieWire 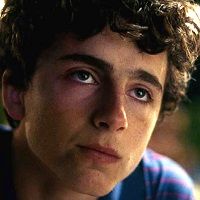