“In a report compiled by media research agency Shift7 in collaboration with leading agency CAA, revenue for 350 high-grossing films released between 2014 and 2017 was assessed, and the average results for female-led films did best, at every budget level.” What’s more movies that pass the Bechdel Test do better box office than those that fail it. — The Guardian 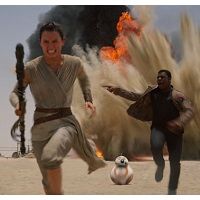