“In 1597, Jonson and Thomas Nashe co-wrote a satirical play called The Isle of Dogs. Not much is known about the plot or contents of the show; what is known is that almost immediately after it took the stage, the British authorities not only banned it from ever being performed again, but they also threw Jonson in jail and shut down the entire London theater scene. While the curtains eventually began to ascend again, the play at the center of the controversy lived on only in whispers.” — The Daily Beast 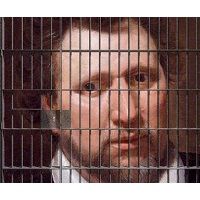