“Wednesday afternoon, comedian Kevin Hart was announced as the host for the upcoming 91st annual Academy Awards. By Thursday night, he had stepped down. The turn of events followed outcry over previous anti-gay tweets, and comments Hart made during stand-up routines nearly 10 years ago. Some of the tweets were feverishly deleted throughout the day on Thursday, leading to an Instragram video from the comedian that only made matters worse for him.” — Variety 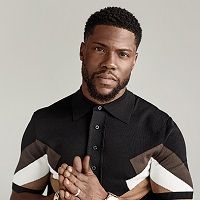