While he appeared in roughly a dozen films (including Working Girl, Children of a Lesser God, Three Men and a Baby, and The First Wives Club) and guest-starred on many a television series, his great love was live theatre: he acted in 50 productions on Broadway alone and garnered six Tony nominations, winning in 1989 for Lend Me a Tenor. — Hollywood Reporter 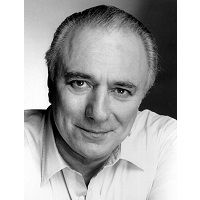