“Darin Webb, the bookkeeper who stole more than $3.4 million over eight years from venerable New York literary agency Donadio & Olson, was sentenced to two years in prison on Monday, less than half the 51-63 month term the government had recommended.” The judge’s reason? That Webb didn’t steal the money for himself. — Publishers Weekly 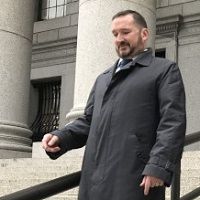