“Nomaden, which was written for the French cellist Jean-Guihen Queyras and the Atlas Ensemble, a group of 18 musicians from Asia, the Middle East and Europe, had its premiere at the Cello Biennale in Amsterdam in 2016, where it was received enthusiastically. It pairs its cello soloist with musicians who play instruments from China (erhu and sheng), Japan (sho and shakuhachi), India (sarangi), Turkey (kemenche), Armenia (duduk), Iran (setar) and Azerbaijan (tar and kamancha).” (includes audio) — New York Times 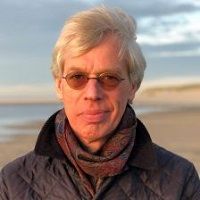